Due to the wet conditions on the range today we have decided not to break down the stages but run a special USPSA Club Match next Saturday, June 7th and break down some of the stages after the match.  We will run 6 to 7 stages “maybe more” and NO CLASSIFIER stage.  The exact stages will be determined later this week and will let you know during sign-in on Saturday which ones we have chosen.  Stages have been included for stage reference – 2014 AR Section Match Stages

We will be starting one hour earlier and sign-in will begin at 8:15 am and end at 8:45 am.  Please make sure you are at the range and ready to sign-in no later than 8:30am.  Shooter’s meeting will begin as close to 9 am as possible.

As always we need help ROing and Scoring!!!

Chad Reynolds will be sending out 3-Gun details later this week but plan to shoot some of the same stages from the AR Section Handgun Championship match with a few modifications. 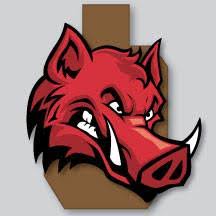